skip to main | skip to sidebar

Oh yeah, it's been cool doing this Turbulence Training Transformation Contest, but I have to admit, I'm ready for it to be over. This summer has been grueling horrible for the diet and workouts. I mean, I still worked out, but not as dedicated as I should have been. We are still going through a renovation of our basement, and that has taken it's toll on our workouts as well. But, I did the contest as more of a support to my wife who absolutely rocked it!! You can see her photo's on this site, and she looks amazing!

This Fall, I can really start to dig deep again, and really sculpt my body utilizing the TT workouts. I think I have a really good feel for how to get control of my body. It's just a matter of staying with a plan.

While a number of our friends and family have shown interest in this workout program, and are even currently doing it, I'm still finding a lot of people are really skeptical to try it. I'm not sure why, especially after they have seen the results we have achieved. I think they are having a hard time committing to a program, and enjoy doing ther routine that generally isn;t working for them. I guess, if that's what they are happy doing, that's cool. Great day today, I'm excited to get outside and enjoy the weather.
Posted by JimN at 8:55 AM No comments: 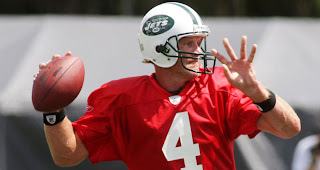 Why do I keep torturing myself? Well, I guess it's just part of the grieving process.

We actually went up to Green Bay yesterday and enjoyed the Packers training camp. It is such a great experience up there, and they have really turned it into a wonderful very affordable family event. It was very weird without Brett there, almost the feeling after a death, but with each passing day it will get easier. I thought Aaron Rodgers looked great in practice, as did his backups both Brian Brohm and Matt Flynn. We'll see how it goes in gametime situations. The kids had a lot of fun too with a huge tent they had set up with games and football throwing stations, and big blow up trampoline type stuff, it was great. we had lunch at Curly's Pub right in Lambeau, and had a great seat overlooking the practice field. The entire event is FREE to the public, and is really just a lot of fun. The kids got to do some HIGH FIVE's with the Packers as they rode by on bikes, and even got an autograph from a rookie. Great day. As my 4 year old would say, " Good Times, Gooooood Times"!! 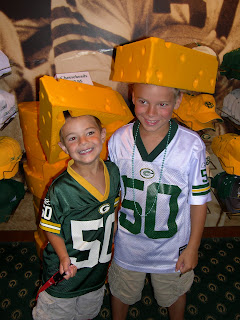 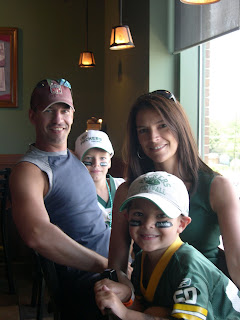 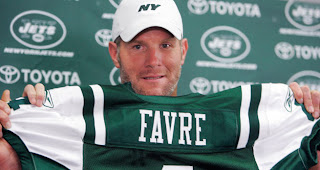 I don't even have anything to say...a picture is worth a thousand words. Or in this case, NO WORDS!!
Posted by JimN at 5:23 PM No comments:

Erin and I are doing a transformation contest over on TTMembers. This is the big contest that pays out $2000 for transforming your body utilizing the BEST FAT LOSS Secret on the planet. OK, that sounds a bit gimmicky, but it is true. This is the best system and Erin found out the EASY way. Check this out...this could be YOU!!

So, this is Erin back on April 13th before the contest started. Looks good, but a maybe few "squishy" spots.

This pic is the official start of her contest May 4th. Still looks great, with a few less "squishy" spots.

HOTT Mama!! This is the end of her contest on July 26th, and she lost only 3 lbs, but did an amazing transformation on her body. GREAT JOB E!!
Posted by JimN at 8:29 PM No comments:

Tough Day To Be A Packer Fan...

Well, it finally looks like the Brett Favre years in Green Bay are officially coming to an end. It was a sad day back in March when he retired, but with everything that has transpired here in the last month, this is much worse.

Now, I have been a huge Packer fan and Brett Favre fan and everyone knows that. From my Green Bay Packer License plates, to Favre jerseys, to season tickets, it's been incredibly fun the last 16 years. But this last month has been especially hard for all Packer fans. Brett just did not handle this situation right, and the Packers did not either. You could just tell from the beginning, nothing good was going to come of this. This past Sunday, when his plane landed, the Packers welcomed him back, I thought "great, we get one more year of #4". Well, it just never developed into what we had all hoped.

I think the Packers are making a huge mistake. Brett Favre gives you the best possible chance at a championship from a pure football standpoint right now. Does it suck for Aaron Rodgers, absolutley. But you know what, Aaron Rodgers has not earned that starting position, Brett Favre has. It would be very easy to pull Aaron Rodgers aside and say, " you know, we're sorry, we weren't expecting this, sit tight, you will be our guy. But right now, this is still Brett's team, he's earned that spot. If you needed to be sensitive to Aaron Rodgers, and you really feel he is your future, offer him a contract extension, and have him sit tight.

There is a lot more that went on behind closed doors. There was a lot more said than we were made aware of.

So, my prediction...Aaron Rodgers will be hurt by week 4, and the Packers season will be in the tank. They have no experience at backup, and they will just fall apart. Our only hope is in Rodgers backups Brian Brohm and Matt Flynn. We can only hope Rodgers can stay healthy this year. Ted Thompson, as much as I think he botched this Favre situation badly, has built a very good football team, and they should be OK.

So, hang tough Packer fans, this is just the beginning of the Favre saga!!
Posted by JimN at 7:51 PM No comments: 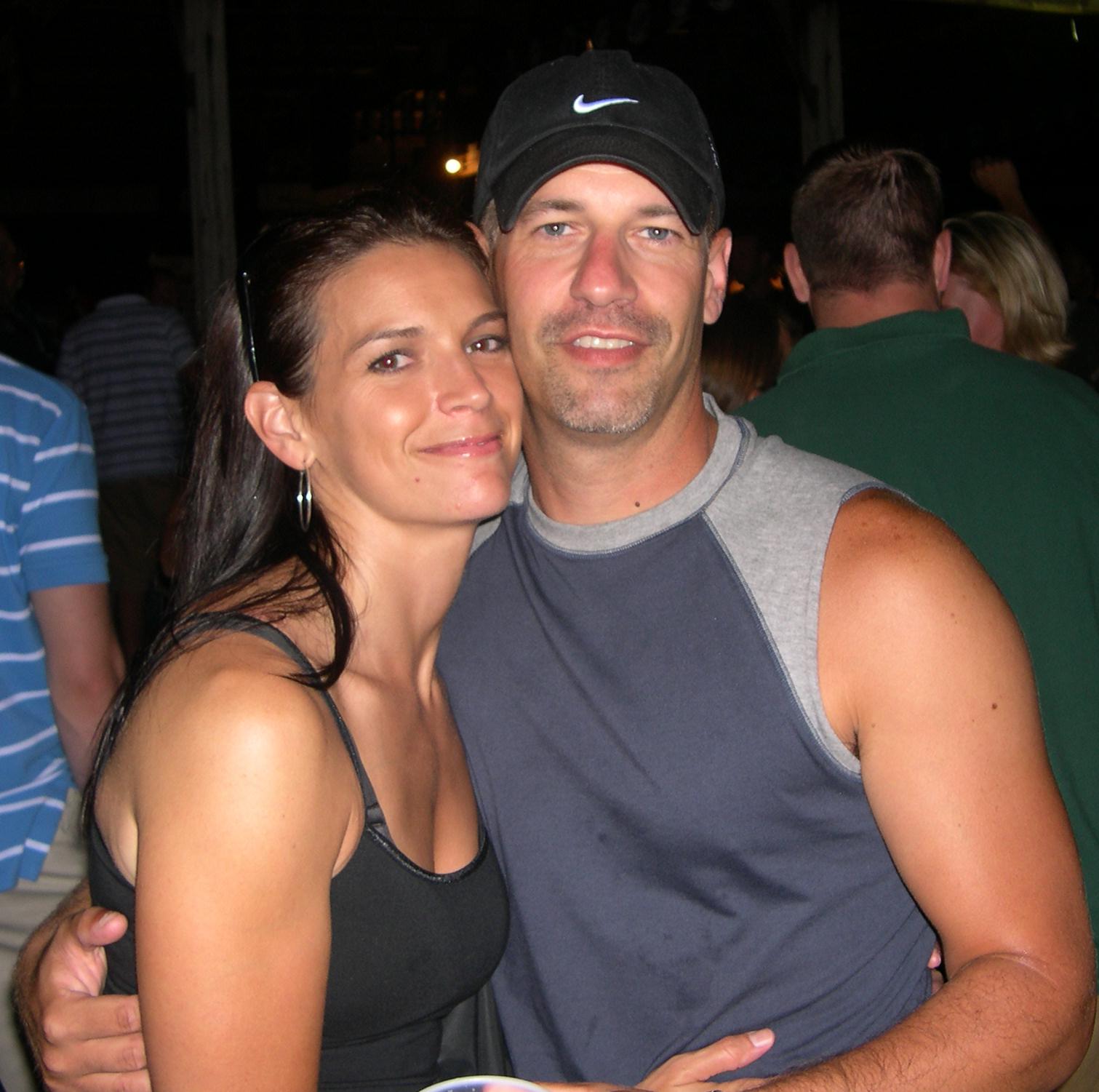 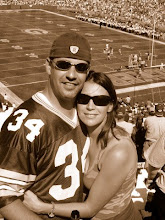 Our seats at Lambeau 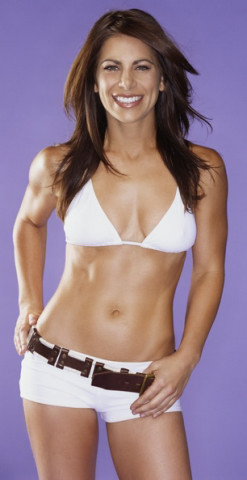 Click the picture to see what she has to say!!

Not bad...but it will get better..next year!! 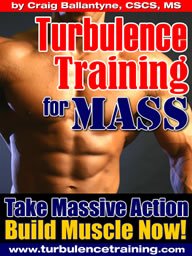 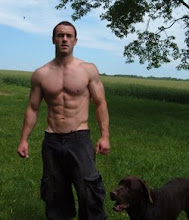 Craig Ballantyne of Mens Health and Creator of Turbulence Training.

My Men's Health Belly Off Posts... 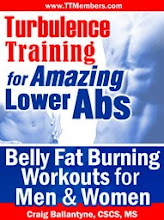 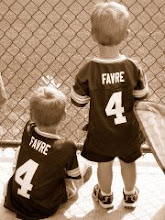